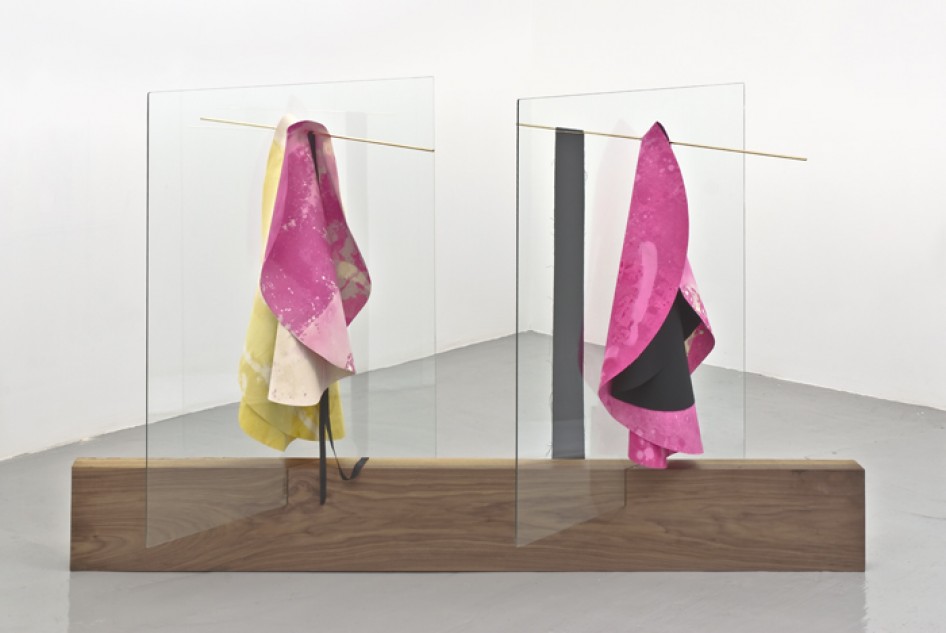 On August 4, 2012 I interviewed Kirk Putnam in his garage in West Hills, California. Kirk is deeply involved with a small community of surfers who ride a very unique kind of surfboard, the Displacement Hull. The beginning of this scene started around 1968 in Malibu and continues on  to the present. This specific style of surfing and board design has greatly influenced sculptural and stylistic aspects of my work.

Patrick Hill: West Hills, is that in the San Fernando Valley?

Kirk Putnam: Yeah, the very west end of the San Fernando Valley. Like on the Western rim, that’s why it’s called West Hills.

Patrick Hill: Where did you grow up?

Kirk Putnam: Yeah, born in Burbank, raised in Burbank until I was about seventeen and then I moved to Santa Barbara.

Patrick Hill: Did you surf then and what kind of boards were you riding at the time?

Kirk Putnam: Oh, longboards. Your typical mid-1960’s longboards. My brother had a Bing that he won at a surf film at Van Nuys High School. I inherited it when he got drafted and had to go Vietnam. That was my first good longboard.

Patrick Hill: What was it like living in Burbank and trying to surf?

Kirk Putnam: You had to be pretty hardcore. We’d surf after school, before school, cutting school.

Patrick Hill: Where did you go?

Kirk Putnam: Malibu, Rincon, wherever the surf was happening. That’s one cool thing about growing up in Burbank. If the surf was good in Huntington or somewhere South we would head down there. If it was good at Malibu we’d go over the hill and surf there. Being by the freeway, back then you could just jump up and go. My parents uh, my dad died when I was 12. That’s when I got more serious about surfing. That was kind of my escape to get over it.

Patrick Hill: You were twelve when you started surfing regularly?

Kirk Putnam: Yeah, but I had already been surfing. I started surfing when I was about 9. Then I got my license. Once you get your license, that’s when you get more serious. I was already riding Greg Liddle (Baron of the Displacement Hull) boards by then.

Kirk Putnam: Oh sheesh, Greg probably started in, like ‘59 or ‘60 maybe. He was about fifteen or sixteen. He started really early. Greg was surfing Malibu during the balsa wood era.

Patrick Hill: Where did he grow up?

Kirk Putnam: He’s from the Valley, like the Reseda area. He was into it from the get go. He was obviously influenced by Miki Dora (the God of Malibu), oh and Lance Carson. Greg was one of the really hot longboarders.

Patrick Hill: How would you characterize the early Simmons boards?

Kirk Putnam: They were definitely Displacement Hulls. Bob was using mathematics and his aviation background. He was working over at Lockheed. He was a real smart guy. Super eccentric but very, very smart. He was trying to take theories about planing surfaces and stuff and trying to incorporate that into surfboards. Joe Quigg and (Matt) Kevlin were influenced by Simmons too. They kind of branched off on their own and refined the boards even more.

Patrick Hill: Is that what they call the Malibu Board?

Kirk Putnam: Yeah, the Malibu Chip. Renny was riding some of Kelvin’s early boards before he started shaping himself.

Patrick Hill: What were Simmons’ boards made out of?

Patrick Hill: Were the fins glassed on?

Kirk Putnam: Yeah, they had little half moon Simmons fins and were glassed on.

Kirk Putnam: Yeah. Those boards were Hulls. This is when there was no crowd, so you could take this really nice beautiful Hull and just trim all the way across the beach without anybody interfering or anything. They just refined these bitchin’ boards. They were actually more refined than the D-fin longboards of later on. Boards got kind of de-sophisticated around the ‘Gidget’ era because they wanted to make more boards. They made foam molds and the boards kind of got dictated by the molds. The Malibu Chip boards trimmed better and just seemed to go through the water better. Then nose-riding came in. Board design went through a stagnant period until George Greenough and the Australians did the V-bottom. That’s when everything started to change. The film, The Hot Generation (1967) documents that transition.

This text is an extract from the interview / article published in Annual Art Magazine Issue 5.