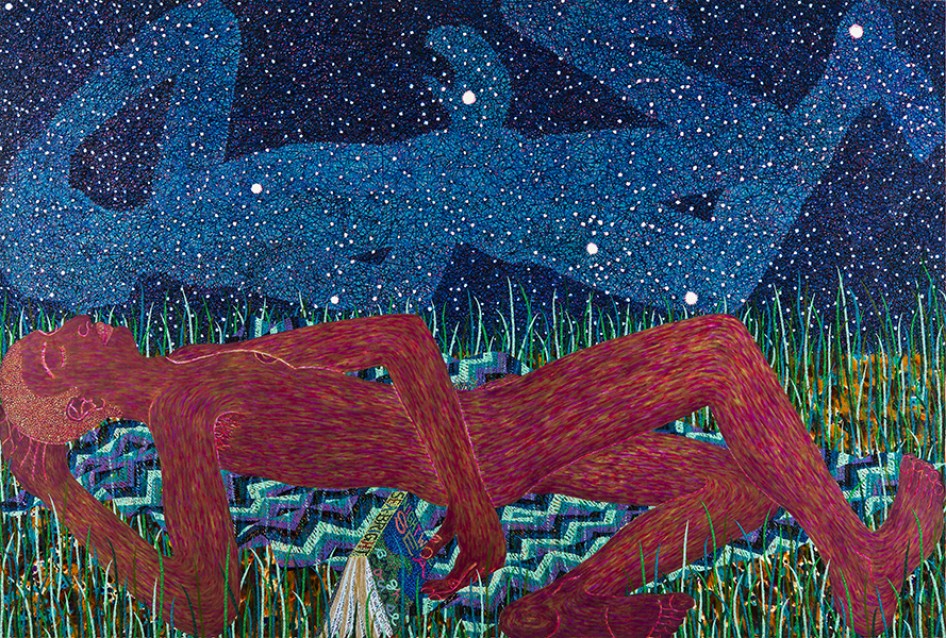 The Un-Painter of Modern Life, Age 45, Has Died

The notion of an artist who serves as « the painter of modern life, » a figure upon whom befalls the task of representing, or even mirroring, our ephemeral passage in the world comes to us from Charles Baudelaire in the 1860s. Such reflection, the fixing of an image in time, would not always be welcome, for realism could easily serve the ends of allegory. As Baudelaire well knew, language is not alone as a symbolic realm, for so too is its painted counterpart. In less than a century’s time this formulation—the painter of modern life—would have been set aside, or at least seemingly so, supplanted at first by abstraction and the camera, and eventually by all things un-painted. By the end of the 1960s, with conceptual, process and immaterial art, with earthworks, performance, film and video being practiced by nomadic and post-studio artists, the writing, and not painting, was on the wall. In many ways the wall had been dispensed with almost entirely. Taking 1968 as both a historical and poetical-political reference point, we identify this as the charged moment in which the un-painter of modern life was born. Writing now, in the first week of May, the announcement of this death is made with neither regret nor any irony intended, nearly 45 years to the day. Too young to have passed, though perhaps not soon enough.

The un-painter of modern life arrived, in a perverse coincidence, when that original task might have been revived, rather than remaining to be seen as yet another bourgeois relic. Where painted ephemera was concerned, perhaps piled upon the barricades, it may have served at least some purpose to the battle at hand. Though for this figure to be on the front lines would have appeared merely ridiculous. To paint en plein air would, in any case, would have been nearly impossible, with tear gas wafting over the hazy streets, while the vantage from an upper balcony would have only afforded a greater sense of distance. An omniscient view from the misty mountaintops, as it were. The camera, though not yet the obedient and ubiquitous instrument of the leisure class, would prevail in that moment as document and eyewitness.

While the un-painter may have availed him- or herself of the actual viscous material, the conflicted circumstances of that time, whether reflexively or not, called for the negation or refusal of an image. At the very least the painted image would be reduced to a single color, evenly applied to the surface of the canvas, to the systematic imprint of a paintbrush, to the repetition of stripes, which might refer to the awning that shaded the terrace bar, and to an endless circulation of rings, to what stood for painting’s « zero degree. » The canvas itself would be burned, punctured or violated in various ways. In the end, what was represented, rather than a face brushed tenderly by hand or a landscape manicured with a palette knife, was the sense of anger, violence and indifference that was palpably felt. If representation was somehow an open « window on the world, » then the tradition of painting would be subjected to summary defenestration. And if the veracity of those painted fictions was expected to serve as counter-reflection, why then deny that shattered image?…