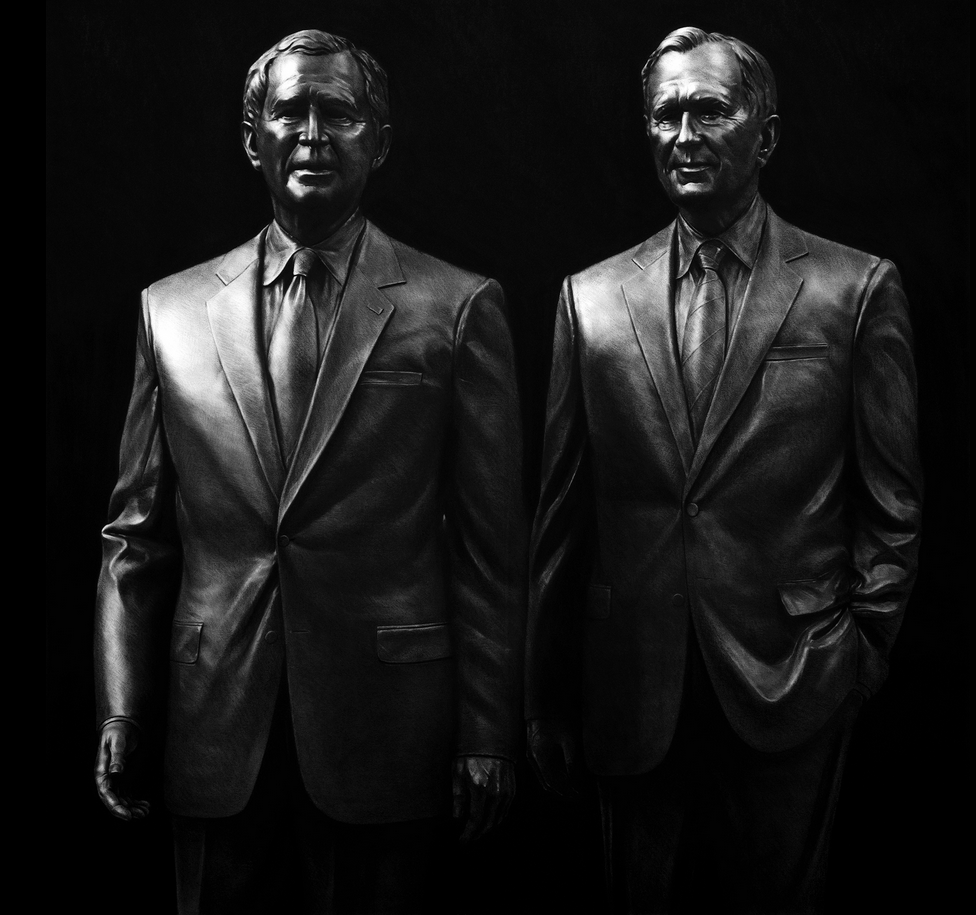 Sobering Galerie is pleased to present POWER, an exhibition of paintings and pastel drawings by Madrid based artist, Kepa Garraza.
“POWER” is a reflection about the representation of power in Western culture from classical Greece to the present.
This show will be the artist’s first solo exhibition in France.

In this exhibition Kepa Garraza focuses on the use of sculpture to make portraits of historical leading figures directly related to political or military power.

These figures ranging from Julius Caesar to George Bush,
includes leading protagonists of history such as Philip II or Napoleon Bonaparte. All these characters have been key to understand the history of the Western civilization and all of them have used art as a propaganda tool to serve their own interests.

This project is structured as a chronological narration, which begins in the classical world to advance through the Middle Age, the Renaissance and
the seventeenth and eighteenth centuries, where the same patterns of representation of power are repeated. European monarchs from
Charlemagne to Louis XIV used an inherited symbolism from the classical world, adapting it to the uses and styles of each era.

This narration advances through the first two decades of the twentieth century, which represent the beginning of the decline of the genre, who lives a sudden
resurgence in the interwar period under the totalitarian regimes. This tour ends nowadays with some of the few contemporary examples of the
genre: the outsized portraits of North Korean leader Kim Jong-il or the 3D sculpture of George Bush.

“The aim of this exhibition is to analyze the relationships between art and power through history, displaying a visual timeline of images showing the
viewer how art has always worked under the shadow of political power. This close relationship between art and power seems to be a constant until
the early twentieth century, when the avant-garde erodes this union on behalf of the autonomy of art. However, this process of breaking with the interests of the apparatus of power has proved to be a chimera.”
Kepa Garraza

Nowadays the concept of propaganda has changed to more sophisticated forms but it still works in a fully functional way.

Kepa Garraza was born in 1979 in Bilbao, Spain. He lives and works in Madrid. Garraza has been exhibited in various institutions worldwide. His work is included in the collections of several museums as of Patio Herreriano Museum, Artium Museum, Gustavo de Maeztu Museum.