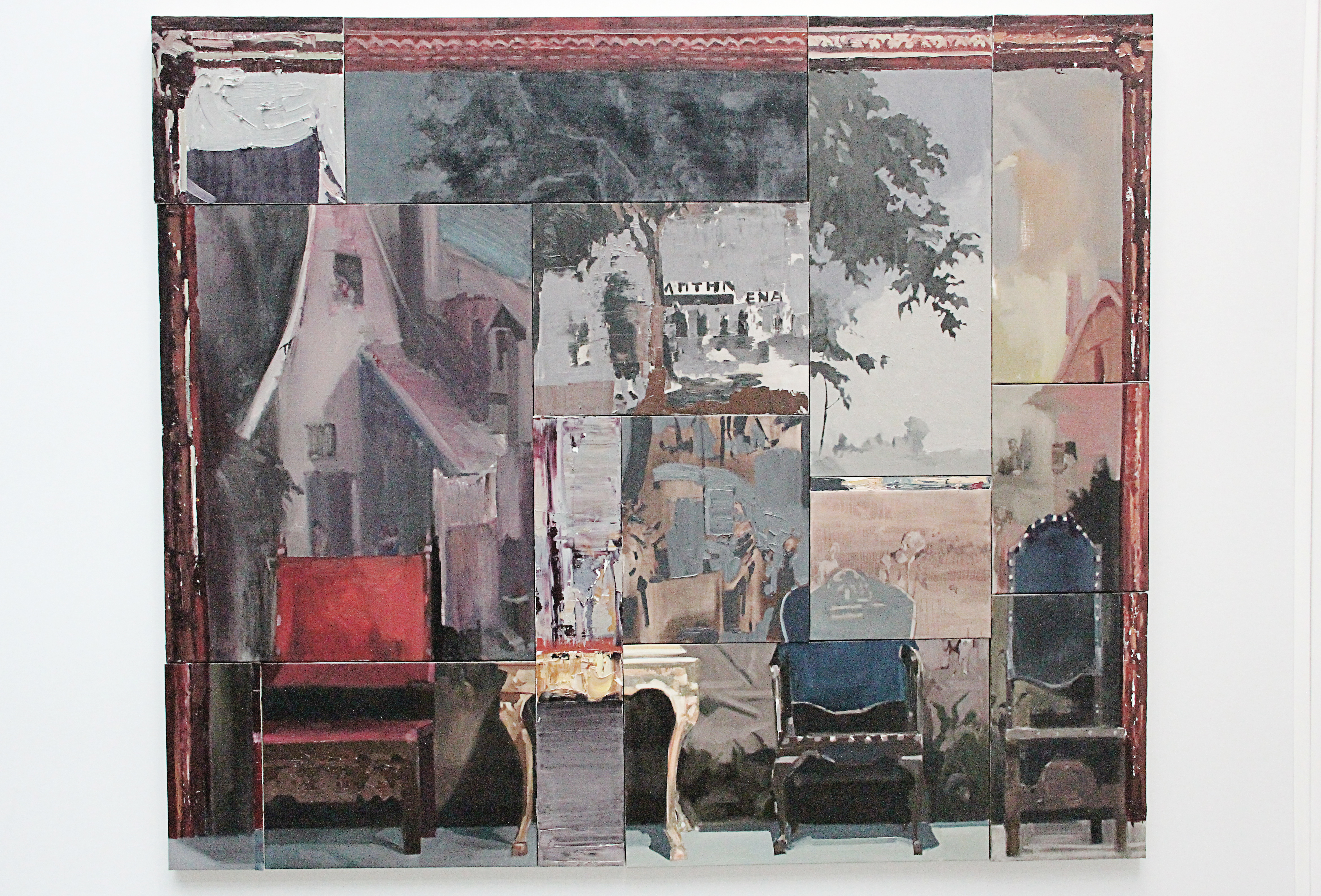 «Detrás de la política, el pueblo» is built as a whole of 13 fragments. Analyzed, separated, making easier the introduction of fakes or external facts into the original tale of the image.
The pieces all together introduce a whole story but each of them is a story by itself.

Spanish artist Nacho Martín Silva describes his paintings as psychological and introspective, expressionism and baroque, classical painting and film, Bacon with Velázquez and Rembrandt, pop culture, the history of art and comics. In this artwork he acts as a director of a movie.

From little frames and scenes he creates a masterpiece.

He picks colors that better reflect the atmosphere, the main characters that accompany him in his story, he’ll set up the background and let your own perception do the rest.

How will you decrypt his story? Will you see something that he has intended or you’ll pick another direction?

Will you notice the part of the mosaic that is always just in front of you or will you be distracted and intercepted by the stories around?

In «Detrás de la política, el pueblo», a set up from the Museo Nacional de Artes Decorativas has been taken as a reference. The set up shows three chairs and a table of the 18th century looking at the spectator and turned back on a tapestry of the rustique scene.

We see the elegant, expensive chairs, they represent in this case the rich and powerful of our world, the politicians and bourgeoisie.
The rustique scene behind represent simple people, to whom this chair turn their back.
We see the peasants working in the field, dilapidated country houses, smoke from the pipes rising to the sky.

The division of the tale into details, the isolations of the events and the taking out are effective strategies  to build a historical discourse that looks like truth. The painting uses this strategy as a tool to
make an image/ tale full of shortcomings and different interpretations. Being very susceptible to introduce the foreign facts of what we were talking about.

Canvas have always served as a media of communication for painters and as in any story some pieces here are true, some of them are completely fake and were born in the imagination of the painter, some are pieces of history, and some remain relevant to our days.