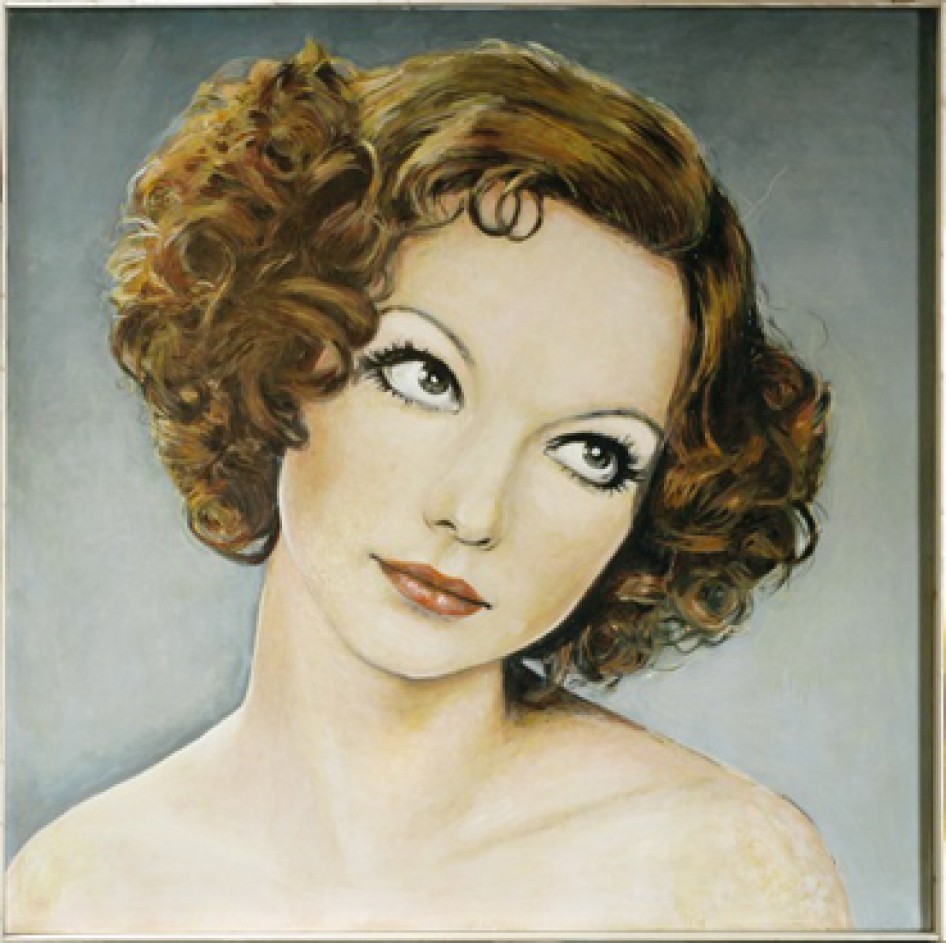 Marie Maertens: Your paintings are always based on existing images, yet paradoxically you don’t have a computer or access to Internet – today’s source of images par excellence…

Jean-Luc Blanc: Precisely, the choice makes you dizzy. I don’t use gimmicky digital research for my collecting. I like to have a more restricted choice. I like images to have been found, lost or damaged. I’m not a torn-poster artist but, if a poster’s involved, I check just how much of the image can be removed from the wall, or resist me, before giving itself to me. My approach is inappropriate in terms of image quality – which would be even more obvious if I went looking in the right places. But the fact that an image appears where it’s not expected lends it an effect of surprise. I built up an almost inexhaustible supply of images from popular magazines kept by a hairdresser near Nice. I stocked enough images to last several lifetimes! I archive them and put them to one side, then go and delve into them later on. They can’t all be used for painting, as some are just not suitable; but they feed various types of approach I have to my work. Some of them puzzle, disturb or amuse me, and help me produce very different drawings, while inspiring me by what they have to say, and by finding their plastic equivalent. To exploit the gap between the choices I make and the images selected, I ask friends to select reproductions they think will interest me. I can find fulfilment by producing these images, as there’s always an initial moment of surprise and questioning. The image remains a mystery in terms of what it expresses.

Marie Maertens: You also have recourse to another mode of reappropriation – retouching your own paintings long afterwards.

Jean-Luc Blanc: Yes, people in museums aren’t used to this yet… but, when I hang old works next to more recent ones, I permit myself to match them up very freely. It’s like a last-minute correction, and also a way of provisionally denying the passing of time.

Marie Maertens: That raises the question of just when a work is actually finished.

Jean-Luc Blanc: That’s a problem I am confronted with. A painting has to tell me ‘That’s it!’ But that doesn’t happen often. I usually have more of a feeling that I can’t solve the challenge I’ve set myself by having a precise idea of what the image should have to offer – knowing that I work according to unorthodox rules and in unsuitable conditions. For instance, I deliberately use poor-level lighting, a bit different each day, and this affects the degree of finish. With oils, lots of aspects can evolve, so I grant myself the freedom to intervene – like touching up an actor’s make-up just before shooting. So my paintings are more alive, not set in stone like some glossy photo. 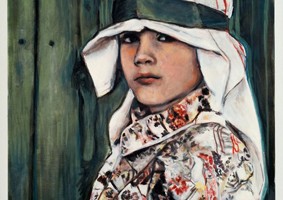 Marie Maertens: Yet you use fairly light coats of paint, so it’s not matter which concerns you most in a picture.

Jean-Luc Blanc: That’s true, but I can also smooth down the paint-surface to provide a sort of family link between the faces. They’re all typical of a set period, even if I try to keep things hazy; but smoothing them down places them in the same era, compared to photography, for example. What’s interesting about smoothing down the paintwork is that it lets you bring to the surface what gives an illusion of depth. I try to understand what’s underneath the image, what it tells me and what it represents – its skeleton.

Marie Maertens: When you talk about a skeleton, you touch on representation, and what you offer the viewer. You remain quite enigmatic about your works, saying that what needs to be understood is that there’s nothing to understand!

Jean-Luc Blanc: Maybe we all fall into the same trap. When there’s a mirror, or prisms of a mirror, there’s always some unease as to whether it’s an image or a motionless presence. I’ve always been sensitive to people whom I’ve first encountered via their reflection – this initial, illusory image. I like the genesis and structure of Dario Argento’s film Profondo Rosso (1975), a remake of Antonioni’s Blow-Up (1966). At the start the murderer is in shot but, given the context, you think her reflection is a painting, surrounded by other crude, wild paintings. The mystery is finally solved when we recognize the empty mirror which had the murderer’s reflection, and realize that the silhouette belonged to none other than the mother – the criminal. I look out for this sort of two-way feel, this to-ing and fro-ing…