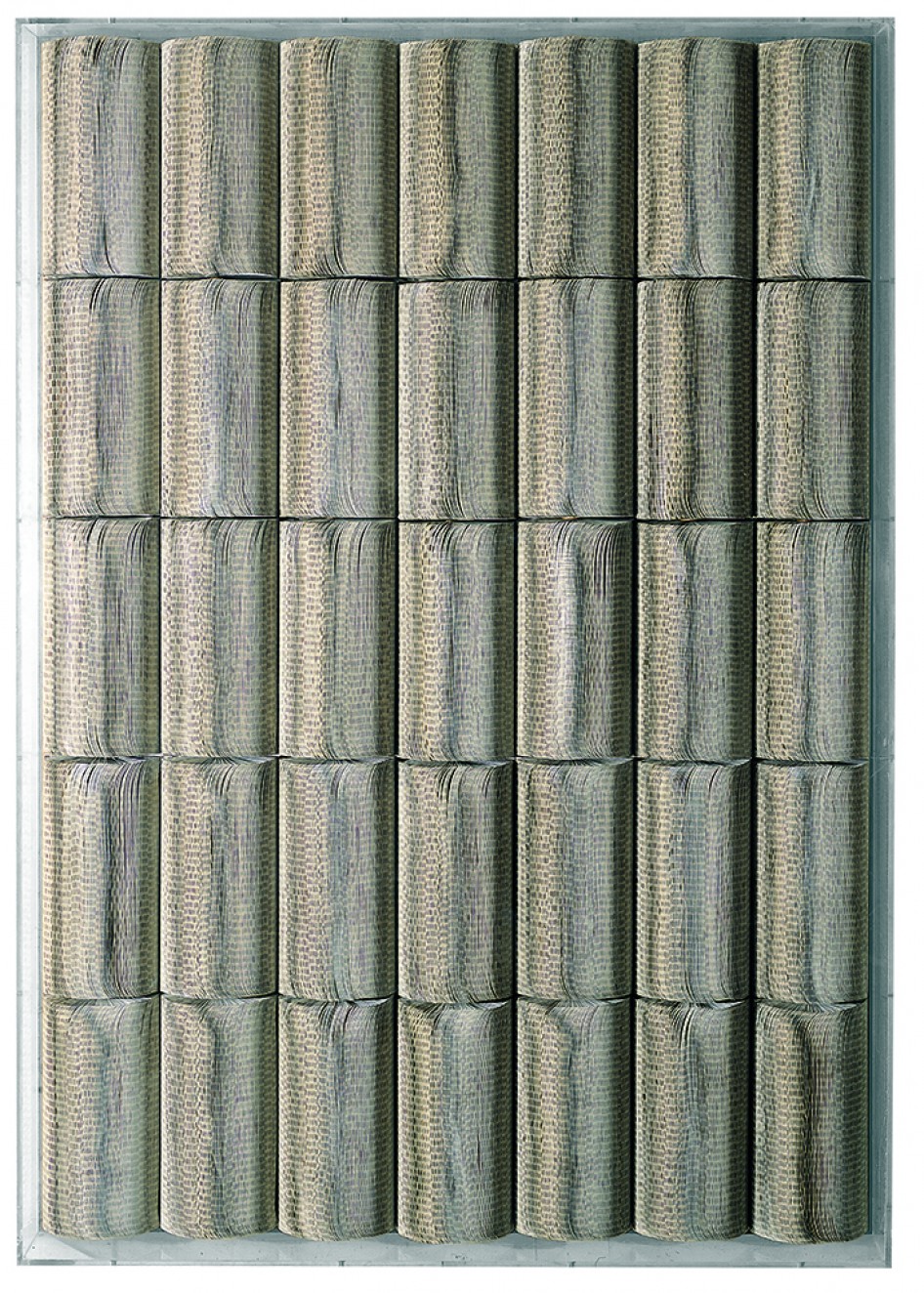 Colour is the force of destiny

Pavlos loves life, it is the force of destiny and the ineluctable and spontaneous source of his language. His art follows the lines of his hand, it becomes one with the constant present of his creation. His memory is also vital. What a memory! A hypersensitive memory which associates the vitality of his youth, of his Athenian training, of his encounter with Paris and all the major implications of an international career. The extraordinary associative, even at times agglutinating power of his memory constitutes the backbone of Pavlos’ personality. It is the element needed to achieve a harmonious catalysis of his sensitivity, allowing unison with what represents his ‘truth’. His ‘truth’ is lived on a daily basis, just like the emblem of life and its immanence.

The least deviation from such a state of unison is unbearable. Foucault has remarkably well analysed the concept of temperance, one of the most important virtues of the Ancient Greeks’ moral philosophy. A supreme passion for life, which is the ultimate reason of all things, excludes, a priori, the dispersion of the human being in the labyrinth of petty human passions. Not having lived up to the principle of Universal truth, which he embodied, Socrates had placed himself in a false position vis-à-vis life.

“Art is a way of life.” Pavlos

The principle according to which temperance is the ultimate truth of life is the almighty active principle of Pavlos’s conscience. […] His approach to daily life is direct and gives rise to a serene and naïve presentation of the surrounding objects. The verist setting of the artist’s panoply of subjects – vegetables, plants, food and clothing – is characterised by the expression of a joyful vitality. His communicative impulse is irresistible and contagious. […] The images are the result of the perfect control the artist has of paper-cutting techniques which give rise to forms that appear more real than in nature. Pavlos is truer than nature itself; the same was said of Zeuxis in ancient times and of Chardin in the 18th century. […] An appropriation of urban reality has become a ‘common’ trend of the other side of our century’s art. We now have permanent workshops in which thought evolves yielding alternative answers to one of the most important questions: ‘What is the future of Art in our post-industrial society?’

Pavlos, when we refer to the other side of art, joins New-Realism and Pop Art. He keeps a certain distance, though, and remains himself, obeying only the organic logic of his personality.

“I did not need to follow a movement because I am a movement. Through the creation of a world, a language.” Pavlos