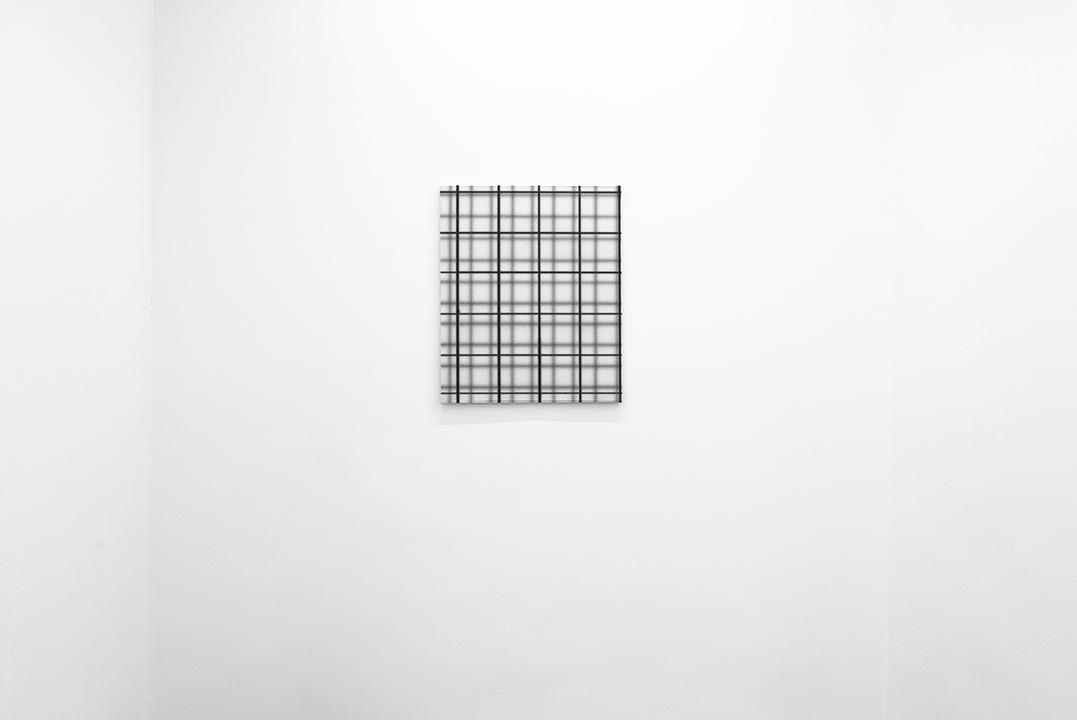 In his treatise Principles of movement and equilibrium as an introduction to mechanics and physics, Jean Trabaud defines the equilibrium as « the state of many forces and powers which act ones against the others in such a way that everything remains at rest »1, and thereby suggests that the movement underlies the equilibrium.
As a constituent of Thomas Baumann’s work, the movement is its material as much as its instrument. In the industrious conversation between aesthetics and engineering, the mechanism predates the form. « With the help of an opulent array of instruments on a register, alongside the classical traditional ones of free style computer technology, all the way up to physics, Thomas Baumann reveals a decisive logistic for his artistic freight.2»  The equilibrium is illustrated by the symbiotic relation between the demiurgic imagination and the ingenuity of the device. These interfaces, essential to the production of the pieces, are perfectly inseparable from the physical result that they generate. The paintings, produced by a machine invented by the artist, fit into this creative process. The realisation of the works is delegated to the device which responds to the initial programming and creates a very large number of colors, densities, patterns…   Even if the machine materialises the paintings, the paternity of the work remains unquestionable. « Thomas Baumann is not trying to replace ‘the painter’ with a machine painting. Baumann is making paintings with a machine and it functions to him like a brush would to someone else. The machine is an extension and an incorporation of the artist’s preoccupations with how to make paintings.3 »

In his relation to technology, the artist is not in line with kinetic art pioneers, on the contrary, « the technology itself is not elevated to a formal aesthetic element, but is casually part of the work. It frequently requires years of research and experimentation before a sculpture functions in the desired manner. It is a question of solving a technical problem, of setting a system in motion that again only activates the actual system, the totality of the work, as a closed cycle.4 »

Baumann’s electronic sculptures uncoil and move into the space. The succession of movements remains etched in the viewer’s memory as mesmeric mental marks. The generation of a form requires the destruction of the previous one. The evolution of forms evokes the Heraclitean metaphysics of change5 and creates a range of states.

The exhibited sculpture draws the movement of a wave which appears, grows and vanishes. Its trajectory especially interests the artist in the sense that it has « two amplitudes, which [..] are inherent in existential considerations, this up and down is a very dynamic principle, a law of nature with comforting but also discomforting or alarming forms of manifestation.6 »

Besides the wave movement is immersive because it « [doesn’t] really have an end. Where the spring steel wave stops, it is continued in the air, in the floors, the walls or the human body – even if it may not visibly perceptible.7 »

The undulation keeps on progressing through the vibration persistence and viewers’ mental images. The perception of the wave exceeds its physical movement and leads to a larger understanding of its environment, in response to Galileo’s thoeries on the ebb and flow of the sea, nowadays refuted.

« In the equilibrium, the forces tend towards the opposing forces and because none prevail on the others, they remains at rest with the tendency to movement.8 » The balance point achieved by Baumann occurs between process and method, intention and programming, forms and forces.