In conversation with Patricia Kishishian 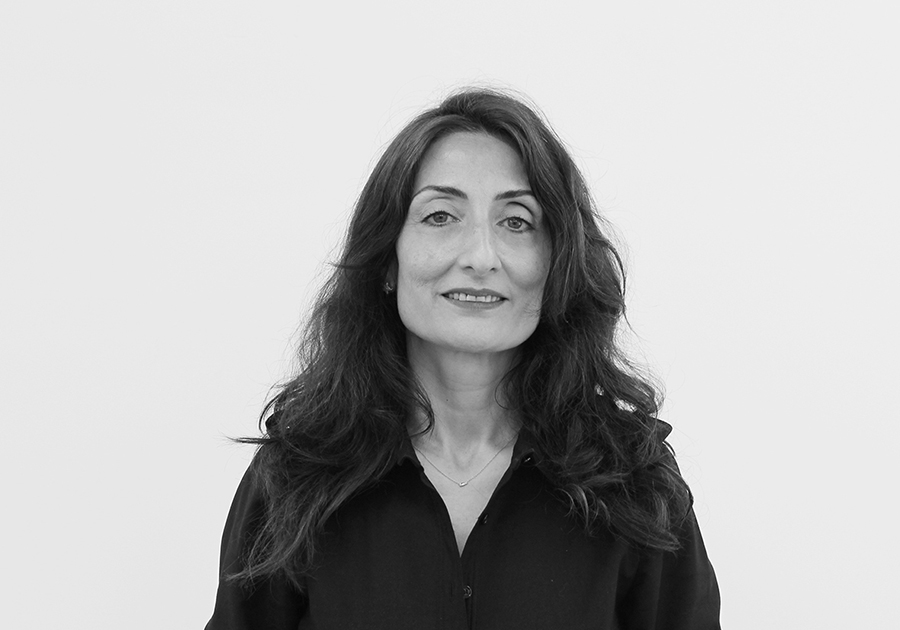 ANNUAL Magazine : “Aghet” means “catastrophe” in Armenian and it refers to the genocide of a million and a half Armenians within the Ottoman Empire organized by the nationalist Young Turk party (C.U.P) from 1915. At the occasion  of the commemoration of the centenary of the Armenian genocide, you decided to curate an exhibition entitled I remember the Armenian genocide from April 16th to May 9th, 2015 at Sobering Gallery. How did you come up to the idea ?

Patricia Kishishian : My first motivation was very personal. I immediately thought about my grandparents Haratoune and Guluzar Kishishian, survivors of the genocide. Both were orphan when they arrived in Marseille at the age of 15. I decided to dedicate this exhibition to their memory and also to my parents, Paul and Yvonne Kishishian.
First of all, I wondered what would be the best way to deal with this issue. I realized that the memory of the genocide commited against the Armenian people should be understood in the era of our visual culture. That is the reason why I decided to invite international artists to bring new perspectives on this subject.

AM : The exhibition I remember the Armenian genocide… presents a selection of works that extend reflection on Armenian identity through the creation of new images to support the memory of the genocide. The artists approach it with different observation angles : memory, image, identity, denial, idea of monument… How did you proceed to invite these artists to work on the project ?

PK : I contacted each artist and explained the project. The artists chose a previous work linked to the subject or decided to create a special project for the exhibition. For example, Lawrence Weiner thought about an historic and institutional piece of 1972 entitled As if it had not, whereas Viet Bang Pham, a young artist represented by the gallery, offered to create a special piece. I was very touched by the spontaneous support of the artists.

AM : Did all the invited artists previously work on subjects related to the Armenian genocide ?

PK : All the artists I invited already worked on concepts such as memory, image, identity… Actually some of them already directly worked on the Armenian genocide. In 2010, Esther Shalev-Gerz imagined a Monument to the Armenian genocide for the city of Geneva. She participated to an international competition but the project has been abandoned. For the exhibition, the gallery produced a sculpture of the monument in stone powder. The artist questions the recognition of the Armenian genocide, as it remains in denial and needs to be integrated in History. On the contrary, other artists made many researches to have a global view of this issue.

PK : The under-representation of Armenian heritage and the deletion of the genocide scars by the persecutors imply a constant remembrance, especially because the recognition of the catastrophe as a genocide still fuels tensions. When I asked to the artists to take part in the project, I thought that their projects would bring new perspectives on the Armenian genocide and its visual representation, not only through archives and old photographs.

AM : The only way to preserve the Armenian memory is the recognition of the genocide by Turkish people. What would lead to the complete recognition ?

PK : The individual and collective acts help to support the memory of the Armenian genocide as well as the lobby of the Armenian community. This exhibition is not a one-shot project. It will be presented in CAC of Alfortville La Traverse from mid-September to mid-November. But we are negociating to present it in other French cities like Marseille and Lyon and other countries.

AM : There is also a second project related to the commemoration of the centenary of the Armenian genocide. This event is entitled 100 YEARS – 100 ARTISTS. Did you conceive it as the second part of the exhibition ?

PK : I imagined 100 YEARS – 100 ARTISTS as a second commemorative project but not directly linked to the exhibition. I invited 100 artists to participate and to give a small work. Each work will be presented on October 28th and October 29th, 2015 at Hôtel de l’Industrie in Paris. The works will be also presented on a dedicated booth at YIA Art Fair 2015 on Sobering booth from October 22th to October 25th 2015. An auction sale will be organized at Hôtel de l’Industrie, Paris, on October 29th. All the funds will be donated to the association ARAM, the Assocation for the Research and the Archives of Armenian Memory. The total amount will help the association to digitize and to archive a part of the documents which are uploaded on an online platform and will be an open source for historians, researchers, students, teachers, journalists…

AM : Regarding the future of the project 100 YEARS – 100 ARTISTS, do you want to organize it in the upcoming years ?

PK : Yes, I would like to organize this project each year, as long as it will be necessary. I will keep on working on these projects until the recognition of the Armenian genocide.