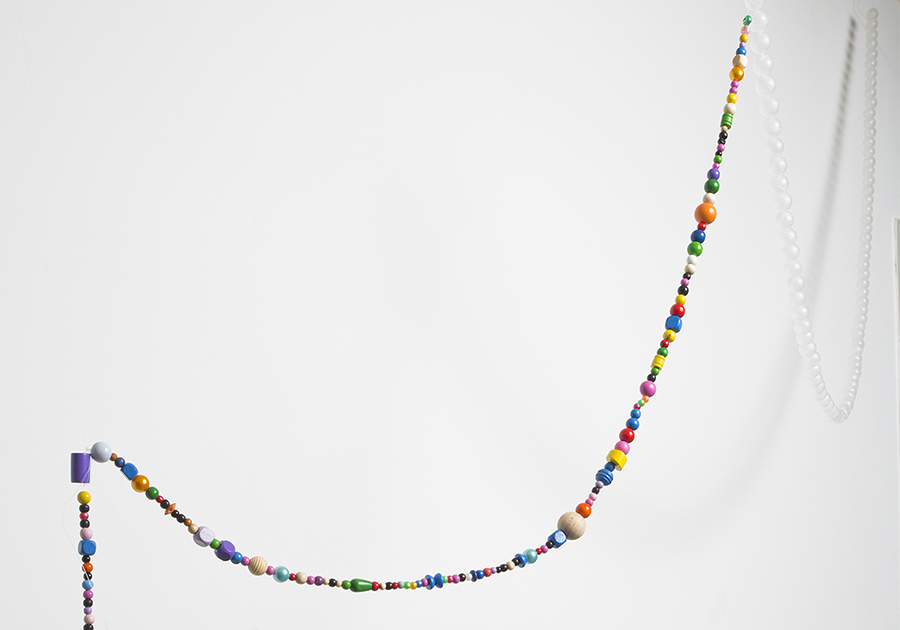 Deconstructing the present is the path to understand reality. Jos Näpflin’s empiricism highlights the analysis of his environment : an object or an experience can lead to a reappropriation or a reinterpretation through  the creation of a systemoid, which is analogous to a system, established not to be understood but to get people to understand.

According to Marcel Proust in his book In Search of Lost Time, also translated as Remembrance of Things Past, « real life, life finally uncovered and clarified, the only life in consequence lived to the full, is literature. Life in this sense dwells within all ordinary people as much as in the artist. 1»
Decipher what is behind and beyond reality characterizes Jos Näpflin’s artistic process, which reveals the artist to himself. By exceeding reality and concealing the artist’s part, the work becomes a catalyst for the viewer, drawing the attention to an unknown quest. The immediate perception mislead the viewer like a trompe-l’œil : a reproduction of a milk stain on the floor (Accident, 2004), a false loot (Burden ?, 2011)…

The understanding of the object deserves to go over the deceptive impressions, such as the work TOTEM. The word « totem » is defined as an animal or a plant which is the symbol for a family, a tribe, especially amoung Native Americans. It is usually a painted or carved figure which represents such a symbol. In its third meaning, totem characterizes a person or a thing that represents an idea.

Jos Näpflin’s « unlimited » edition TOTEM brings confusion. At first sight, the work seems to be a joyful-colored garland, the typical one used for happy events : birthday, wedding… Getting closer to the work, the viewer notices two types of beads : colored ones and translucent ones. Each TOTEM celebrates the life of a dead person. The different shapes and shades of the colored beads symbolize the number of days which have been lived during the last year of existence. The translucent ones are the metaphor of lost days. Visually, the violent contrast brings into opposition life and death. Eros and thanatos intrinsically linked share the same garland.

This visual representation of human life is based on a sensitive approach, the materialization of time, like a fresco. As Paul Valery explained in Aesthetic Infinite, the artist is a dual person because the artist creates the laws in order to produce the universe of sensitive resonance.2 In this way, Jos Näpflin’s work reveals hidden senses and perceptions.